work at the multicare centre 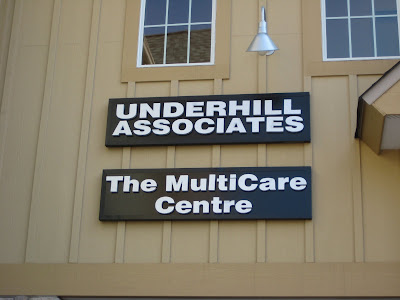 So, I really don't have much to blog about right now. But, I thought I would post some of the pictures I've been taking for the website at work. Above is the sign on our building. Below is my desk. I'm not putting that on the website by the way. But I've had fun taking all sorts of pictures at work. 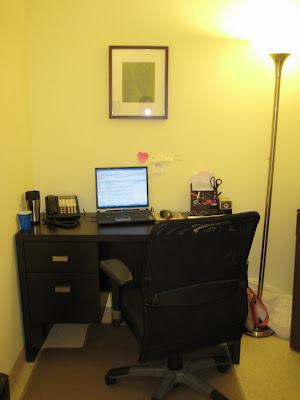 Below is Randa and I hard at work. Randa is a lot of fun. She's the main receptionist until 2:00, which is when I take over the front desk. When I'm not at the front, I'm working on insurance, billing, website stuff, newsletters, or filing. 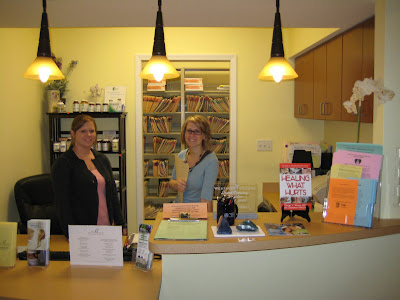 Below is a picture of the building we're in. It's a pretty cool shopping center we're in. It's called Westport Village. They have all kinds of cute little shops, restaurants, and various things. 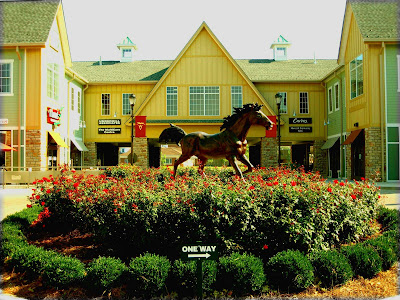 Below is some occupational therapy taking place in our rehab room. :) 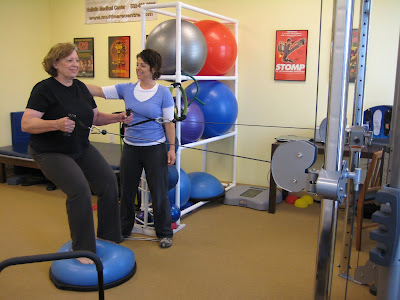 Below is some heartmath taking place. She uses the computer which is hooked up to the patient's ear to see the heart rate. She coaches the patient to focus on thinking and breathing right which affects your heart. She's done this on me before. She has you start off by thinking of a stressful thought so that you can see what goes on when that happens and then she has you think on "happy" things that relax you and helps you to breath correctly. It just goes to show how when we aren't resting in Christ, we are even affected physically. 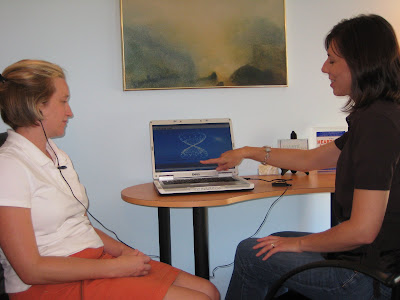 And below is my boss April. She's a lot of fun. She also plays on my indoor soccer team. 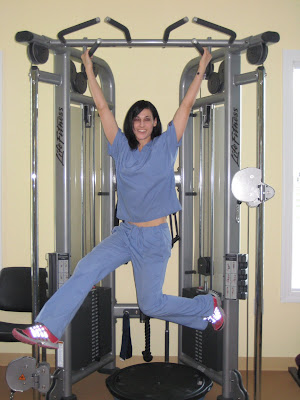 Posted by brokeontwizzlers at 2:49 PM 2 comments:

Every Knee Shall Bow 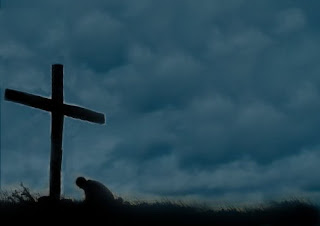 Have you ever walked away from a conversation with an unbeliever feeling completely defeated for the cause of Christ? Well, I came home from work one day last week feeling like a loser. It all started when he asked me about the republican convention and Sarah Palin's words regarding war in Iraq being God's will. So that started up a huge conversation about God, the Bible, Women's rights and everything.
While, he always teases me about having a Bible degree ("how hard can it be to learn one book?") he found another occassion to make fun. He twisted everything I said to make it sound rediculous as if I'm a little brain-washed Bible girl. He said all our answers are so vague. And basically what he believes is that it's good to do good because we all have an effect and an impact on others. I couldn't get anywhere in this conversation. When trying to defend the inspiration of the Scripture he twisted it to say that the men that wrote scripture spurned women's rights etc. Anything I said to defend sounded so weak and "vague" although his arguments were actually the weak ones. Somehow the conversation ended as I had to take a patient's copay. I felt I had totally lost the case for God. He made everything I believed in a mockery! If only you could see his mocking grin as he attacked Christianity.
So I felt defeated. All my life I've been learning Scripture and how to defend the faith. What was wrong with me? Was I useless or what? But, I've come to the point where I'm grateful God put this conversation in my life to show me the necessity to be ready to make the most of all opportunities. Next conversation I'm definitely going to be praying for God's help in giving me answers and Scripture to use. And when I am bothered by his teasing, though light, I am reminded that he won't always be smiling. "Every knee will bow and tongue confess that Jesus Christ is Lord." God, have mercy on him. So, Although, I left the conversation feeling defeated, God taught me much that I could gain from this experience as well as a greater appreciation for my Messiah whom they did not recognize.
Posted by brokeontwizzlers at 8:27 PM 4 comments: 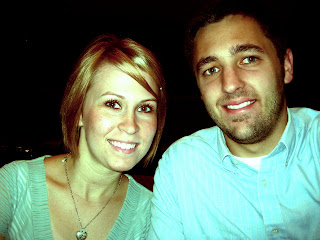 I got free tickets to the Louisville Ballet from work since we provide medical services for the dancers. It was a really neat show.


Posted by brokeontwizzlers at 8:44 PM 6 comments:

Well, we've been back into the swing of the semester. Scott is taking 12 credits, which made me cringe at first, but Scott is doing very well and enjoying most of his classes. He is gleaning so much from his professors and books. We are going through one of his hermaneutic books together and learning much from that.
A couple perks to being a seminary wife is I can use the gym for free and go to the sewing class on mondays. I've been working out there pretty regularly with some other "seminary wives" while our hubbies sit home and read, read, and read. Mondays are for sewing and Tuesdays are for organized volleyball at the seminary. Boy, I was rusty at volleyball. So, it's been nice taking advantage of those perks and having friends to enjoy them with.

Also, Scott and I are always busy Friday nights playing indoor soccer. It's a lot of fun and keeps us active. My boss also plays with us, which can be a bit confusing since her name is April as well. But I guess we're pretty much used to it from work. Everyone is grateful to have her on the team since she played professional soccer and is still in great shape of course. You should see her arms. Me and Casey always talk about having arms like hers. :) Anyway, we're starting to do much better in our games this season.

I went thrift store shopping with some new seminary wives that live in our apartments. We went on Labor Day and found there is a Unique Thrift store here in Louisville. Below is some of the fabric I found for super cheap along with a few polos for Scott. 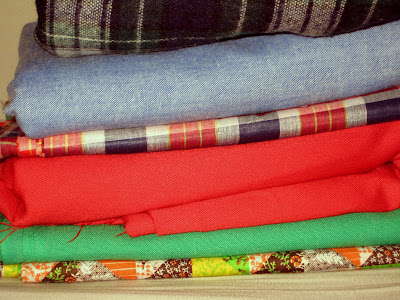 Also, for Labor Day Scott and I enjoyed dessert at the Cheesecake Factory. Scott had chocolate chip cookie dough cheesecake and I had snickers cheesecake. 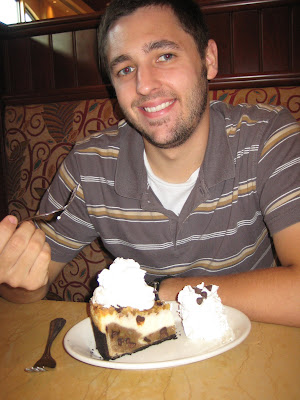 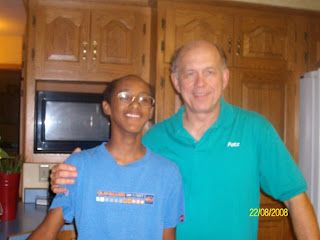 And this is a picture that just cracks me up. It's my little brother Marco and my Dad. If you can't tell Marco shaved the top of his head to match my dad and is wearing my dad's glasses. Also, how classic of my dad to wear a Patz shirt. Ha, I miss them. I miss my whole family!
Posted by brokeontwizzlers at 8:38 PM 1 comment:

brokeontwizzlers
I'm a wife to Scott Daniel Mohler and Mommy to Lucy Ellen Mohler. We recently moved to Forest Lake, Minnesota where we attend Grace Church. We are currently unemployed and living in my brother's basement. Trusting the Lord for a job in due time.